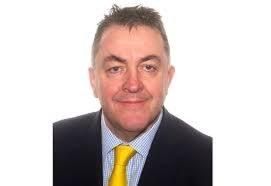 Llyr Jones is “Executive Director – Strategy” at the UK Defence Solutions Centre located at the Cody Technology Park in Farnborough, Hampshire. Llyr, a British citizen, is an accomplished strategy and business development professional, with a wealth of experience serving in strategic leadership positions within major defence, aerospace and security companies.

His career spans five continents, and specific international assignments have included Japan and France. Before joining the UKDSC, Llyr was a senior leader at BAE Systems and worked at both the group and business unit level. Most recently he was part of Group Business Development – leading the central market development entity, Regional Operations & Intelligence, and before that, he was Vice President – Americas, developing and delivering the growth strategy for Latin America and Canada. Prior to that, Llyr was BAE Systems’ Head of Group Strategy where he led the team responsible for developing, executing and articulating all corporate strategy, working closely with the Executive Committee and the plc Board.

Earlier, Llyr was Managing Director of Niteworks, a commercially neutral environment to address complex defence challenges through a broad partnership between industry and government. Beforehand he was Strategy Director for the then Surface Fleet Solutions business unit and its predecessors. In that role he was instrumental in the development and delivery of a transformation strategy for the UK maritime sector under the 2005 Defence Industrial Strategy (DIS) White Paper and was a member of the board overseeing the Through Life Capability Management (TLCM) acquisition reform pilots.

Prior to joining BAE Systems in 2003, Llyr worked in the fully integrated, pan-European complex weapons systems joint venture, MBDA, where he led an internationally distributed business development team. Between 1999 and 2002 Llyr worked for Thales in a number of senior roles – including Deputy Director Strategy and Business Development for its global Naval Business Group (based in Paris) and Business Development Director for the then Thomson-CSF plc. Earlier in his career Llyr worked for British Aerospace Dynamics, which subsequently became Matra BAe Dynamics. In 1992-93 he was based in Japan, working on a collaborative bi-national technology programme with Mitsubishi Electronics (MELCO)’s Kamakura works.

Llyr holds degrees from several UK universities – including a PhD in Aerospace Engineering from the University of Southampton and an MBA from the Loughborough University School of Business and Economics. He has completed the Whitehall and Industry Group Senior Leaders Programme and been a Policy Fellow and Development Board Member at the Centre for Science and Policy, Cambridge University. Llyr is a Chartered Engineer and Chartered Director and has Fellowships with the Royal Aeronautical Society and the Institute of Directors.