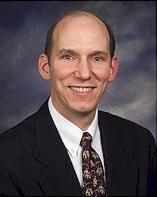 Co-President, Former Deputy Under Secretary of Defense for Policy (USA), The Cohen Group

As Principal Deputy Under Secretary of Defense for Policy (1998-2001), James Bodner was responsible for US international security policy, including management of US alliance and bilateral security relationships; development of US national security strategy; review of military operational plans; and policy for export control and international industrial cooperation. His regional areas of focus included Asia, Europe, Latin America and Africa. Mr. Bodner also co-chaired the DoD Working Group on Export Control Reform, formulating and implementing extensive reforms to policies and organizations to adapt to consolidation, globalization, and proliferation. He has testified before numerous congressional committees, including Appropriations, Armed Services, Banking, Commerce, Foreign Relations, and Intelligence.

As Counselor to the Secretary of Defense (1997 to 2001), Mr. Bodner advised the Secretary and Deputy Secretary on the full range of issues related to the organization and management of the Department of Defense. Focus areas included integration of international security, acquisition and legislative policy on key issues, such as missile defense; and policy related to the industrial base, including domestic and international mergers and acquisitions and international industrial collaboration. Mr. Bodner oversaw drafting of the Defense Reform Initiative Report, which drastically streamlined Pentagon organization and operations, and the Annual Defense Report to Congress.

As Legislative Assistant (1983-1996), Mr. Bodner was the principal advisor to Senator Cohen on foreign policy, national security, international trade, and science and technology, and his staff designee to the Armed Services Committee. He drafted and shepherded to adoption dozens of bills and amendments related to defense research, development and acquisition, international security policy, economic espionage, international trade and investment, and intelligence. In addition, he actively assisted US companies with overseas business opportunities, traveled extensively in Asia and Europe, and advised a Republican presidential nominee on US policy toward Asia. Mr. Bodner is currently a member of the Board of Directors of TEAC Aerospace Technologies.