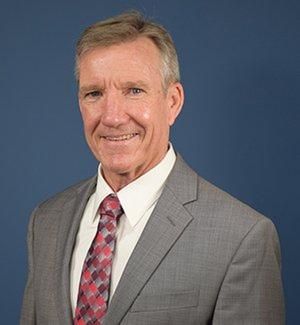 Gen. Carlisle came to NDIA after a 39-year career in the Air Force, from which he retired as a four-star general in March 2017. His last assignment was as commander, Air Combat Command at Langley Air Force Base in Virginia.

Before that, Carlisle was the commander of Pacific Air Forces; the air component commander for U.S. Pacific Command; and executive director of Pacific Air Combat Operations staff, Joint Base Pearl Harbor in Hawaii.

Carlisle has served in various operational and staff assignments throughout the Air Force and commanded a fighter squadron, an operations group, two wings and a numbered air force. He was a joint service officer and served as chief of air operations, U.S. Central Command Forward in Riyadh, Saudi Arabia. During that time, he participated in Operation Restore Hope in Somalia. He also participated in Operation Provide Comfort in Turkey and Operation Noble Eagle, which continues.

Carlisle served as director of operational planning, policy and strategy; deputy chief of staff for air, space and information operations, plans and requirements; and twice in the plans and programs directorate. He also served as deputy director and later director of legislative liaison at the Office of the Secretary of the Air Force.

Carlisle graduated from the U.S. Air Force Academy in 1978 with a bachelor’s of science degree in mathematics. He received a master’s degree in business administration in 1988 from Golden Gate University of San Francisco. He completed studies at the Squadron Officer School, the F-15 Fighter Weapons Instructor Course, Air Command and Staff College, Armed Forces Staff College, and Army War College. He also has studied national security management at Syracuse University, international relations at Massachusetts Institute of Technology, and national and international security at George Washington University.
Sessions